Bulbs have long been an invaluable asset to humankind, starting off as an essential part of our diet, as we have evolved, so has our appreciation for their many qualities.

Often the word bulb is used rather loosely, generally as a reference to any plant that stores nutrients and water in underground organs. These may take the form of modified stems (corms, tubers or rhizomes), tuberous roots or true bulbs. Most have a period of active growth during a wet season and then retreat into dormancy when conditions are too stressful for most plants to survive.

Most bulbous plants are found in countries where the winters are cool and wet and the summers hot and dry. Take our country, for example: South Africa holds more species of bulbous plants in her soil than any other area in the world and these are not just obscure varieties that are only of interest to collectors. More than half of all bulbs grown in gardens around the world have their origins in Southern Africa. Most of these come from the winter rainfall areas of the Western and Northern Cape, although some beauties, like the flame lily and arum lily, are from the summer rainfall interior.

Most parts of South Africa experience a short, relatively hot spring, so some bulbs that have their origins elsewhere are just not suited to our climate. Crocuses are a prime example, and tulips are another. Of all the many stunning varieties of tulip available, only the Darwin hybrid will grow here with any success, and even then most will only flower for the first year. Most success is to be had with temperature manipulated tulips. These specially treated bulbs flower in August, a month earlier than their untreated counterparts and because temperatures are lower at that time the plants thrive, offering up long stems with larger and longer-lasting flowers.

Another advantage that treated tulips have over untreated tulips is that there are not limitations as to the areas where they may be planted – they thrive both in full sun and semi-shade. These treated tulips don’t have a shelf life so they have to be ordered directly from the supplier. (Visit hadeco.co.za for details.)

People often think that tulips come from Holland. While there is one species, Tulipa sylvestris subsp. Sylvestris, which is native to the Netherlands most are native to Asia, particularly the Middle East. Even North Africa has some tulip species, Tulipa sylvestris subsp. australis for example and Tulipa primulina from the Aures Mountains of Algeria. 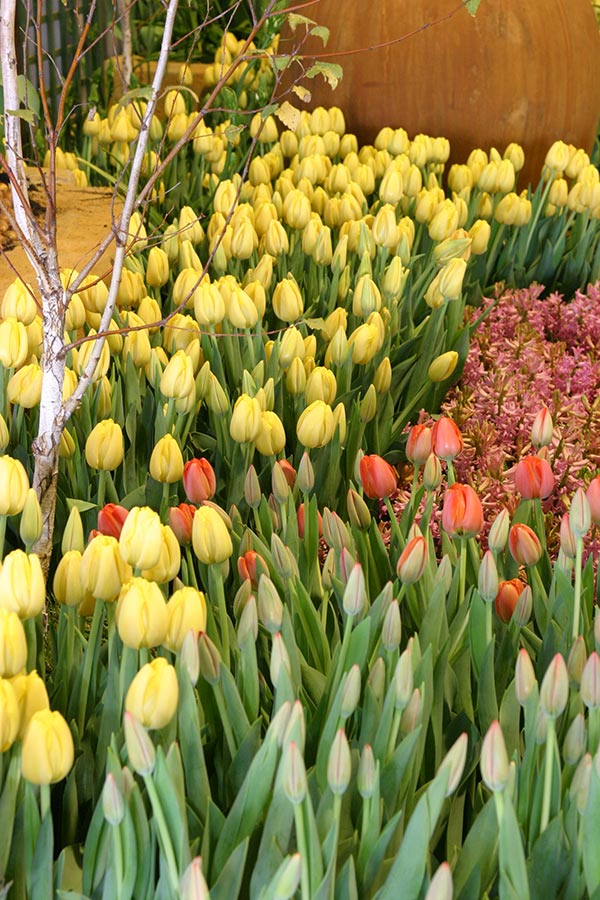 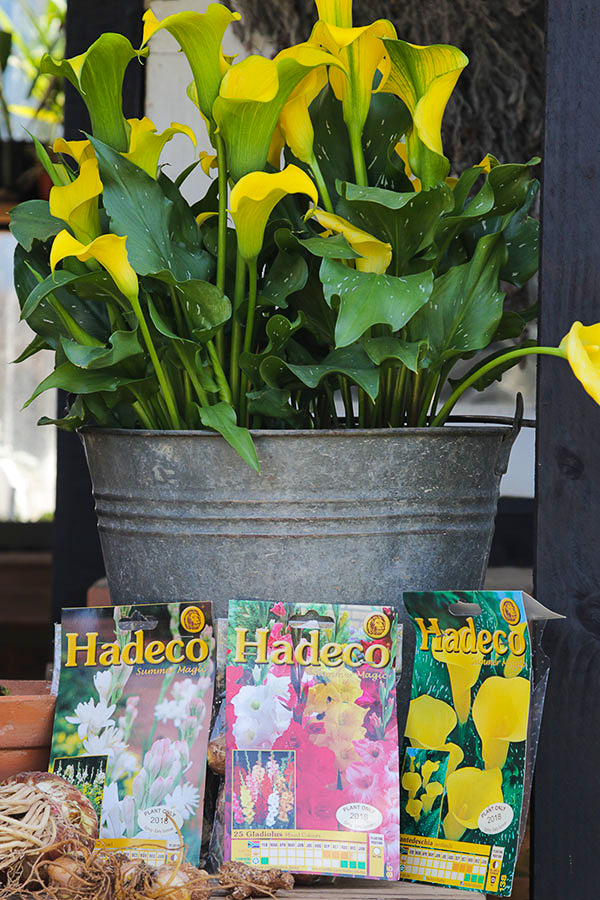 When planting bulbs in domestic gardens it is imperative that you take into account their origins. You don’t have to know exactly where they come from, but it is important to know whether they are summer or winter growing. For example, it is quite easy to grow many Western Cape bulbs on the Highveld as long as you mimic their winter rainfall patterns. When deciding to purchase bulbs, you also need to bear the seasons in mind. By the time the displays of daffodils are looking wondrous, it will, unfortunately, be too late to buy the bulbs.

If you wish to create a spring display with bulbs you need to plan and execute in autumn. Spring bulbs are available from the end of February. They should be settled in their new home once the heat of summer has left your soil (usually around Easter), but no later than the last days of May. 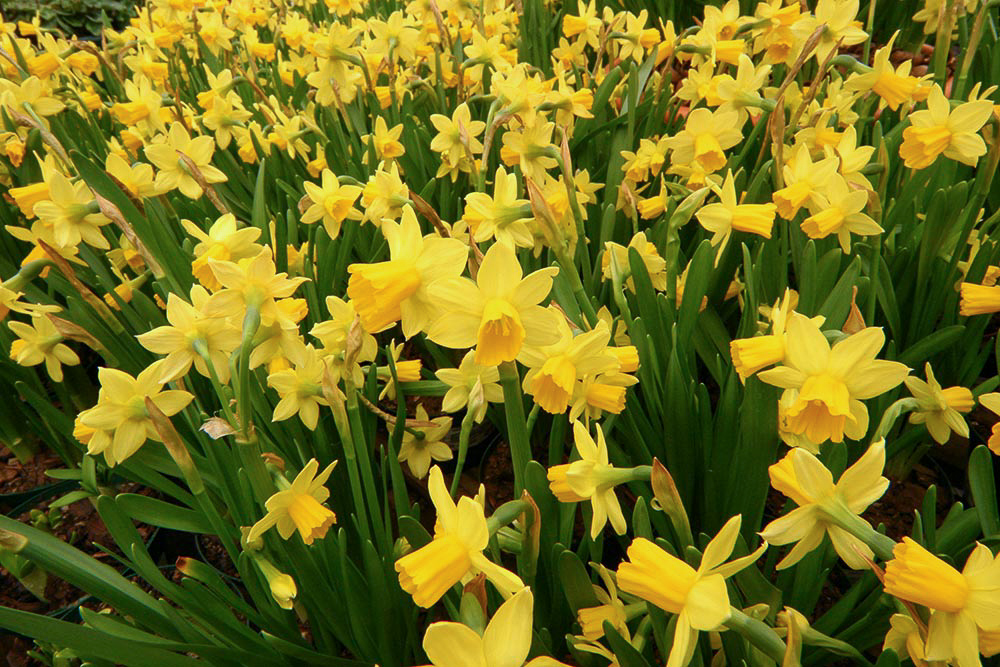 The Ixia or Tritonia growing in the wild will be a far cry from the ‘super’ bulbs you find on offer at a nursery. While their blooms may be eye-catching, they might be smaller, their flowering time erratic or their disease-resistance lower. These bulbs would only be of interest to an ardent collector. Gardeners naturally expect good results from plants that they purchase so commercial bulb growers concentrate on the best strains and have managed to hybridise many of our endemic bulbs with excellent results. A visit to a nursery in autumn or spring will reveal a host of indigenous as well as many favourite exotics for sale, and any bulbs bought from a reputable bulb grower will have been specifically bred for their flower size, disease resistance, and their adaptability to various climatic conditions. These bulbs will also contain all the nutrients necessary to flower successfully.

For more on gardening: www.thegardener.co.za 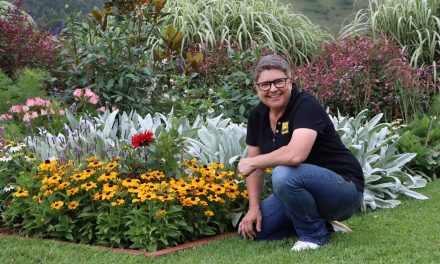 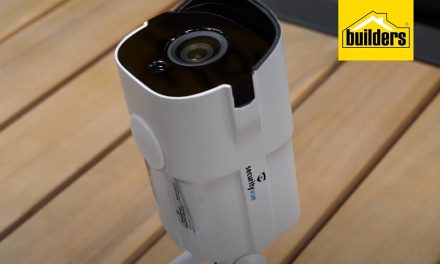 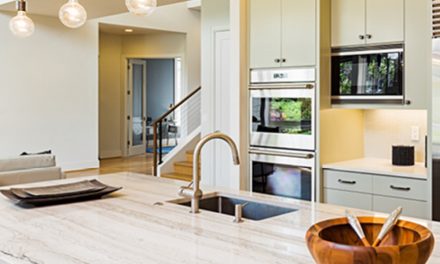 How to update your kitchen and add value to your home 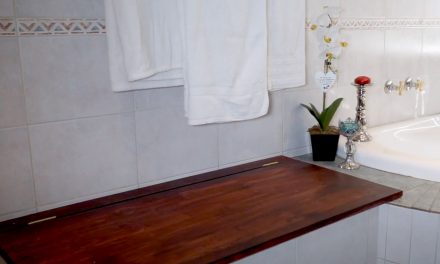 Create Your Own Wooden Laundry Lid